Home » You Are Loved, Continued: Accidental Byproducts or Intentionally Designed?

You Are Loved, Continued: Accidental Byproducts or Intentionally Designed? 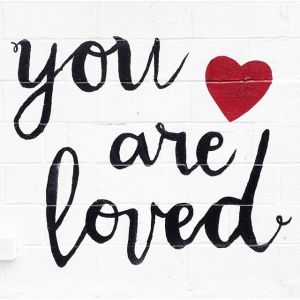 In discussing our existence we have the biological science of human procreation, and the physical science of the law of conservation of matter and energy (energy can neither be created nor destroyed; rather, it can only be transformed or transferred from one form to another.)

As we contemplate both, the question arises, how was the very first human brought into existence?

If we evolved from another animal then we are just accidental byproducts of nature. That would mean that we were not intentionally designed which means there is no purpose for us being here.

Evolution also implies survival of the fittest, not morality.  If we use social convention for morality then it is the popular opinion of the time that becomes “moral” or “immoral” and that makes nothing right, and nothing wrong. Then ultimately it does not matter how you live your life, your day to day choices are meaningless, and therefore, you are, and I am, meaningless.

But, that is NOT truth. We do have value, we do have meaning,
and we do have a purpose to being here on earth.

Scientifically, any mutation of bacteria or parts of animals never turn into anything new. Genetic variations can arise from gene mutations or from genetic recombination which is a normal process in which genetic material is rearranged as a cell is getting ready to divide. These genetic variations often alter gene activity or protein function which can introduce different traits in an organism.

Different traits, not a different organism.

Also, evolution by definition is the gradual development of something, especially from a simple to a more complex form. It is a change from one thing to another. The implication is that the original leaves as it changes into the evolved design.

That does not explain why chimps and monkeys still exist alongside of humans.

Study of fossil records support instant creation. Gaining knowledge of the human cell through molecular biology has destroyed the concept of evolution. A common genetic code could prove a common ancestor however the common genetic code does not exist on the molecular level and 85% to 95% of apes DNA matches humans and 90% of mice DNA matches humans as well. At a molecular level there is also no trace of evolutionary transition from fish to amphibian to reptile to mammal.

The evidence points to a single Creator. Right now we are talking about humans. But if we consider any animal, at some time, the first of some animal had to have been here. How did it get here?

Remember the physical science law of conservation of matter and energy?
Energy can neither be created nor destroyed;
rather, it can only be transformed or transferred from one form to another.

If energy cannot be created, again, how did the first anything get here on earth? The first person, the first animal? Something cannot come out of nothing, otherwise we are defying that basic law of physics. There is absolutely no other explanation that holds up under scientific scrutiny than that there is a Creator who created.

Let us talk about said Creator, and you!

You are seen! You are known! You are loved! You are intentionally designed! All by the One who created you!

This is critical in attending to your concept of self for what we believe affects every area of our world and existence.