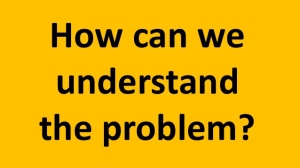 When Adam sinned, the result was every one of his descendants (which is each one of us, regardless of ethnicity/religion/color or anything else that people might use to divide people into different groups) also became “infected” with his spiritual DNA, the sin nature.

Why was what Adam and Eve did so terrible? What was wrong with eating a bit of fruit, even fruit they were specifically told not to? It was wrong because God told them not to. It was an act of blatant disobedience.

Adam and Eve were overriding God’s authority with their own, setting their own standards by which they would live rather than living by God’s standards. This has been the nature of sin every since, a nature that every single person after Adam and Eve inherited.

David mourned this fact in Psalm 51:7 Tanakh (Psalm 51:5 OT.) “Behold, with iniquity I was formed, and with sin my mother conceived me.” This does not mean that his mother bore him illegitimately. His mother had inherited a sin nature from her parents, and they from their parents, and so on. David inherited this from his parents, just as we all do.

Even if we live as “upright” and “good” a life as possible, every single thing we do is out of the body of a sinner as a result of the inherited sin nature.  (Isaiah 64:5 Tanakh [Isaiah 64:6 OT].) “And we all have become like one unclean, and like a discarded garment are all our righteous deeds, and we all have withered like a leaf, and our iniquities carry us away like the wind.”

It is like a dirty pitcher pouring out the water contained in it. There will be contaminants in the water because the pitcher is not perfectly clean. It is the same with us. We have inherited the spiritual DNA of our original ancestor, Adam. We are not clean. Spiritually we are dead, separated from God.

Job 14:4 “Who can bring a clean thing out of an unclean one? Not one.” Job 15:14-16 “What is man that he should be innocent, and that one born of woman should be just? Lo! He does not believe in His holy ones, and the heavens are not pure in His eyes. Surely [not] one who is abominable and impure, a man who drinks injustice like water.” Job 25:4 “How then can man be just with God, and how can one born of woman be clean?” Psalm 14:2-3 “The Lord in Heaven looked down upon the sons of men to see whether there is a man of understanding, who seeks the Lord. All have turned away; together they have spoiled; no one does good, not even one.” (Genesis 8:21, 1 Kings 8:46, Ecclesiastes 7:20)

God is perfect and holy (Deuteronomy 32:4, Job 8:3) and He will not look upon sin, nor will He allow sin and evil to go unpunished.

So if all this is true (which it is), then what can we do about it? 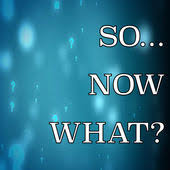